From a crusading basketball team to hosting art performances in a city-centre park turned urban farm, cities across Europe are innovating to include local people, businesses and vulnerable groups in revolutionising food systems. In Berlin, the secret is understanding the time constraints facing local people that would like to be involved; in Bordeaux, it’s overcoming the digital divide.

At a meeting of five European food projects, ‘City-led citizen engagement for food policies in Europe,’ a side event of the Farm to Fork 2021 conference on 14 October 2021, cities shared insights on bringing people to the table to co-design food policy, and how local approaches could strengthen local and European policy.

The cities also coalesced around a clear message: successful EU policy needs to facilitate knowledge exchange between cities across the EU, and among food actors at all levels, while sustainable policy must include measures for shortening supply chains and supporting local producers.

Cities understand that citizen participation must involve all types of citizens, but getting vulnerable or minority groups to the table can be challenging. In Berlin, according to FoodSHIFT’s Beatrice Walthall, two strategies contribute to involving such groups: active and passive ones. Passive inclusion just means ensuring that outreach information gets to these groups, for example by using English and Turkish to communicate, as well as German. Active involvement means identifying the barriers to engagement for these groups, like a lack of time or resources, and mitigating or planning around these barriers to enable participation. “Just because you’ve invited them,” Walthall says, “doesn’t mean they’re included.”

For Bordeaux, the secret sauce is making food policy more engaging, for example with the city’s 12-week food challenge, which relates food policy directly to the lives and behaviours of local people, and gives them opportunities to provide feedback to the city. The city also goes through other organisations, such as NGOs or ‘solidarity grocery stores’ whose business is working directly with vulnerable groups, Cecile Kessler of Food Trails explains.

The city of Haarlem has scored a slam-dunk with the novel organisations they’ve involved in reaching out to diverse groups: The local basketball team, Tripple Treat, works with the municipality to get young people interested in local policy.

Besides sport, spirituality can also play a role – Stephan Kooijman of Cities2030 says that working with local mosques and churches has proved a successful way to engage with typically under-represented groups.

Meanwhile, Danielle Wilde of the FUSILLI project highlights how the City of Kolding is literally bringing the policy to the people by shifting the location of engagement activities from the university to a condemned building. Bologna is following a similar approach, holding interventions in a public park near the centre of the city, with a range of workshops each tailored to different target groups. Laura Carotti, from the FoodE project, also points to Bologna’s food policy competition for international students as a great way to bring diverse ideas to the table.

Berlin finds that the best policy flowers when bottom-up and top-down approaches are well balanced. On the one hand, the city has signed the Milan Urban Food Policy Pact, signalling high-level commitment to certain policy goals. On the other hand, Berlin works with its strong showing of social movements and solicits their involvement and feedback in relation to the course that the city has chosen. This kind of feedback is especially important at the beginning, according to Walthall, where it can inspire the city’s organised interventions into the future.

In Bordeaux, the Food Policy Council is a formal structure set up by the city, but it consists not only of the 28 municipalities but also of food producers, civil society and social organisations. This council, therefore, constitutes a top-down approach where the top manages to have grassroots participation.

Haarlem benefits from such a strong motivation among citizens and civil society that it found the best approach to be enabling locals with municipal support. The city created an entity called Haarlem Food Future consisting of interested local people and organisations and gave them a budget to develop a food strategy that the municipality would then work with them to implement. A great outcome was the introduction of ‘doggy bags’ to hotels and restaurants so that diners can take their leftovers home with them and mitigate food waste.

Collaboration between the city and university has been key to success in Kolling, where researchers engaged with the local market to help it go from being ecologically sustainable to being economically sustainable as well. From beer-brewing to beekeeping, innovative ideas helped local food producers thrive. Creating a network of the city’s canteens also meant that the city could put in place the conditions for bottom-up innovation, including choosing to go meat-free on the same day so that no one lost out on customers. Students have a big role to play in Bologna too, where ideas from university students were assessed by local farmers before being incorporated into the city’s strategy.

Uniting their cumulative experience working with food in cities across Europe, the projects that gathered to share these insights on engaging citizens in food policy at the local level had strong messages for the EU. While the new Farm to Fork strategy represents an enormous step forward in policymaking, there was widespread agreement that cities, citizens and researchers need time and resources to work together more effectively.

There is a strong need for the involvement of cities in European food policy because it is only where policy is implemented on the ground that innovation is possible. This innovation will be enabled when there are solid bridges between local food-chain actors, who for now remain largely compartmentalised.

A clear message also emerged that sustainable food policy will need to go further to enable a shorter supply chain, and the right financial incentives and investment in sustainable production.

It is famously said that too many cooks spoil the soup – that’s only true if you don’t have the right recipe for collaboration. 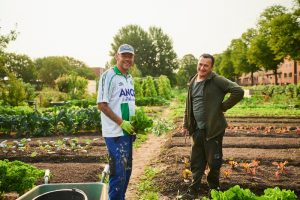 If you saw the tattooed, bespectacled Jos Meijers riding around

Great success for the 7th MUFPP’s Global Forum that took place from the 19th to 21st October 2021 in Barcelona. Read the article to discover more!

Five European projects working on innovations at the urban level 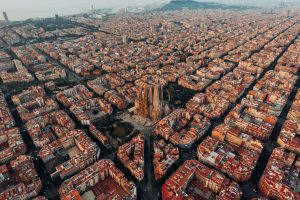 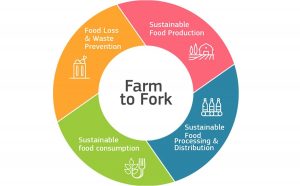 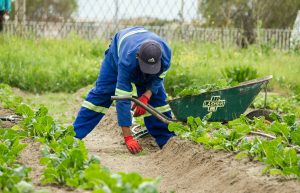