When Ana Buñuel, Advisor at Madrid’s Department for Families, Equality and Social Welfare presented the city’s strategy for food aid to food policy officers from cities across Europe, one figure turned some heads. The Spanish capital is investing €51 million in food aid.

For many cities, this is a figure they could only dream of. But it shows that Madrid is serious about tackling food insecurity worsened by the Covid-19 pandemic.

“During the long lockdown from March to June 2020, Madrid launched multiple complementary responses to help vulnerable families in need,” said Buñuel at the Eurocities working group Food on 5 March.

A flagship initiative from the city is the “family card”. This economic aid is a pre-paid credit card that ensures the aid granted to vulnerable families ranging from €125 to €630, depending on the size and income of the family.

“It’s a non-stigmatising response,” said Buñuel. “Its appearance and function are similar to that of an ordinary bank card.”

The family card is just an example of an approach to food aid that is centred on dignity, an approach that is becoming increasingly popular among city governments looking for solutions in the wake of the pandemic that has worsened an already dire situation of food poverty.

“Even though food poverty is most visible in relation to food banks, we also need to recognise that it’s a very small minority of people experiencing food poverty that make use of emergency food aid projects,” Paul Milbourne, Professor of Human Geography at Cardiff University, told attendees. Society is faced with a landscape where manifestations of ‘food poverty’ are not clear-cut, ranging from parents skipping meals to feed children to people never eating at a restaurant socially due to budget constraints. According to Milbourne, this has led to a situation where food poverty is not considered in political terms. Food aid solutions like food banks have become normalised.

“What we’ve seen over the last few years in many countries is that the dominant political, media and popular narrative in relation to dealing with food poverty has been focused on redistributing surplus food to low-income households rather than engaging with the anti-poverty and social justice agenda,” he added. Ultimately, this leads to a worrying discourse around “leftover food for leftover people”.

But across Europe, initiatives like Madrid’s are popping up that seek to break this unconscious association and build on the existing work of food banks to form community-based and dignified responses to food poverty.

Some cities with links to initiatives like the Milan Urban Food Policy Pact (MUFPP) and experience in food policy, like Milan itself, have a wide-ranging, integrated plan. “We, as the Food Policy Office, decided to work with the Social Affairs Department to co-organise different actions during lockdown and during this new phase [post-lockdown],” said Andrea Magarini, Food Policy Coordinator at the City of Milan.

Other cities, however, are just laying the groundwork. But the new-found interest in food aid is clear: 60% of attendees at the meeting were newcomers to the working group Food.

Larger capital cities at the meeting have been the first to see a need for food aid. In Paris, charities have noticed a 25% increase in people seeking food aid, with migrants, homeless people and students at risk, but also families suffering from the effects of the pandemic.

That’s why the city has undertaken several initiatives, including food distribution, economic aid to low-income families and the development of shared kitchens and community restaurants providing healthy meals to vulnerable people. Now, the French capital will look to carry out a food aid mapping with the aid of fighting so-called ‘food slums’. “For Paris, this is a real new approach,” said Patrick Koumarianos, Sustainable Food Strategy Implementation Officer from the city.

But smaller cities have also needed fresh approaches to food aid. “In the first wave of the pandemic, it was expected that this situation would last just two or three months,” said Mārtiņš Moors, Deputy Director at the Riga City Council Welfare Department. But as the crisis dragged on, the Riga city council considered its options – a direct food delivery to families or a more digital solution. “We very quickly switched to a digital solution because of several advantages,” said Moors.

The chosen method was providing aid via the gift cards of well-known supermarket chains in the city, which made use of existing infrastructure – vital in a time of crisis. What’s more, the card could be adjusted to the city’s needs, restricting its use to essential items and banning its use to buy alcohol and tobacco. And importantly, it also provided a dignified response – it was benign and identical to a regular bank card, meaning that people would not feel stigmatised by using it.

The theme of dignity in food aid is one that ran through all the responses shared at the working group Food. With the pandemic far from over and food insecurity more present than ever, moving beyond emergency food aid is crucial.

Input provided by cities in the meeting will inform a report on food aid measured in European cities that will help advocacy towards the European Union’s Farm to Fork strategy and the activities of food-related projects such as Food Trails within the EU’s Food2030 Framework.

If you are interested in contributing, you can do so via this form.

Cities in the meeting have all applied for the Milan Urban Food Policy Pact talks. Discover the videos presenting each city here. 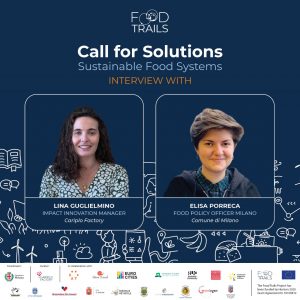 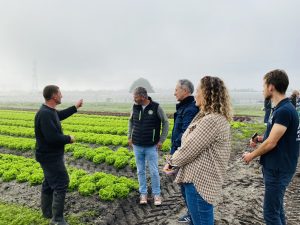 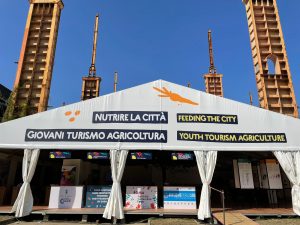 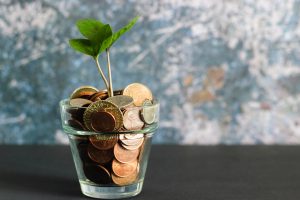